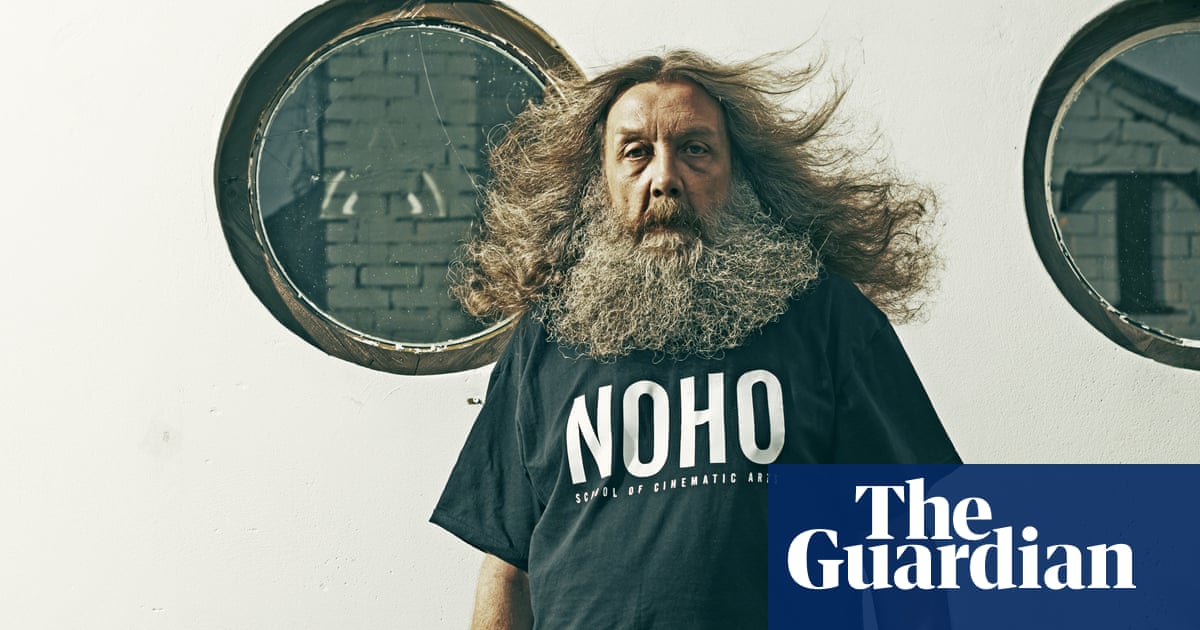 Comics legend Alan Moore, who announced he was pretty much done with the medium two years ago, is making a brief foray out of retirement to point an excoriating finger at Boris Johnson over the Grenfell Tower fire.

Moore, the author of the seminal graphic novels Watchmen and V for Vendetta, is one of 24 contributors to a forthcoming comic anthology, 24 Panels, which is designed to raise money for those affected by the fire that broke out in Londons 24-storey Grenfell Tower last year, killing 72 people. An illustrated poem, his comic, If Einsteins Right , touches on fragmentary moments from different lives and features a mug-shot image of Boris Johnson.

That same year a Bullingdon club clown / swears that hell leave fire services alone, / Then, three years later, cuts them to the bone, / Says, Get stuffed as ten stations are closed down, writes Moore. And twenty-seven engines fade from view. / He also shall endure forevermore. / His treacheries caught in times amber, for / Disgrace and shame are both eternal, too.

Kieron Gillen, the Eisner award-nominated curator of the project, called the contribution, which is illustrated by Moores wife Melinda Gebbie, one of the most politically charged pieces in the book.

Obviously having a contribution from Alan and Melinda is a huge deal, said Gillen. Its essentially an illustrated poem which is about trying to offer comfort to those who need it, and a controlled and precise anger at the establishment.

24 Panels is, according to Gillen, a spiritual sequel to 24 Stories, the short story collection put together earlier this year by the actor Kathy Burke, which featured contributions from writers including AL Kennedy and Irvine Welsh. Like 24 Stories, all proceeds will go the Trauma Response Network, which works to support PTSD survivors, especially those affected by Grenfell.

It didnt just end there. With such a huge disaster, theres a very long tail emotionally, said Gillen. The thing about a disaster like Grenfell is we see the images and we are very aware of the enormous immediate physical harm. What we dont often think about is the shadow, as in how long it lasts, how people live with it for ever. Thats why the work of people like the Trauma Response Network is so important and needs to be funded.