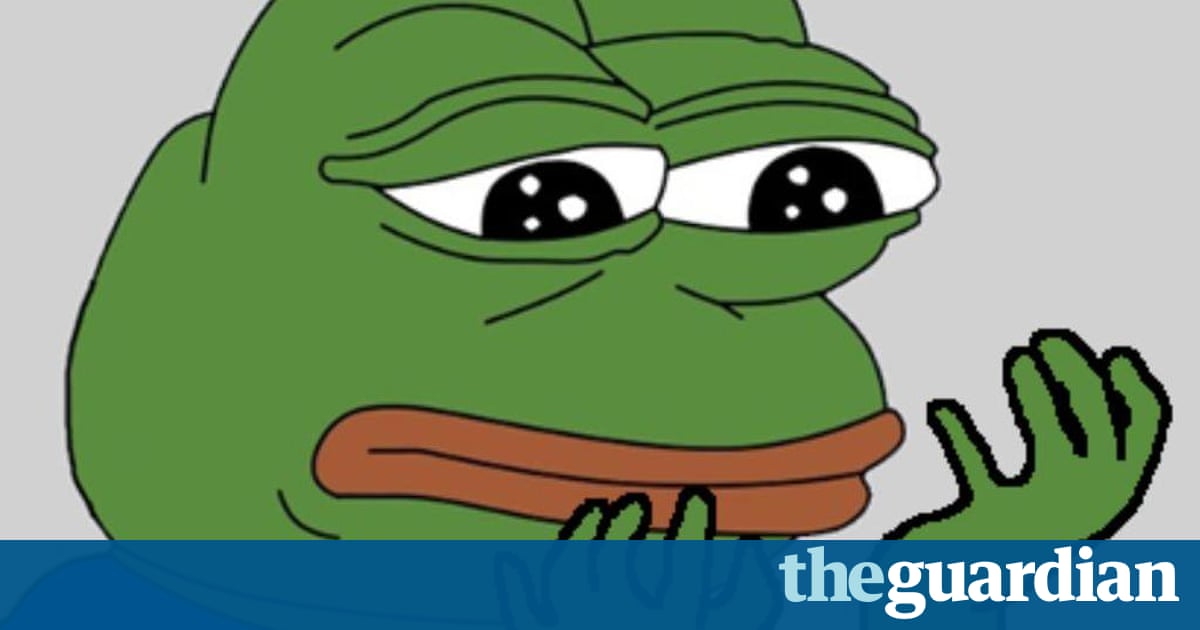 The creator of Pepe the Frog has symbolically killed off the cartoon frog, effectively surrendering control of the character to the far right.

Matt Furie, an artist and childrens book author, created the now-infamous frog as part of his Boys Club series on MySpace in 2005. Pepe took on a life of its own online as a meme, before being eventually adopted as a symbol by the alt-right in the lead-up to last years US election.

In September, Hillary Clinton identified Pepe the Frog as a racist hate symbol, and Pepe was added to the Anti-Defamation Leagues database of hate symbols.

Furie launched a campaign to Save Pepe, flooding the internet with peaceful or nice depictions of the character in a bid to shake its association with white supremacy and antisemitism.

But he now seems to have conceded defeat, killing the character off in a one-page strip for the independent publisher Fantagraphics Free Comic Book Day. It showed Pepe laid to rest in an open casket, being mourned by his fellow characters from Boys Club.

Furie had been attempting to wrench back his peaceful frog-dude whom he has often said he imagined as an extension of his personality for more than six months. Pepes passing has been interpreted of his ceding control of the character.

Shaun Manning wrote in Comic Book Resources that the rehabilitation of Pepe was always going to be a struggle, and its hard to imagine Furie taking much joy in creating new Pepe strips knowing that, whatever his own intentions, the character would be read through tinted lenses.

While its unlikely Pepes official death will stop extremists from co-opting his image, this was, perhaps, the most effective way for Furie to reclaim his character; Pepes soul has returned to his creator. Rest in Peace.

Angela Nagle, a writer and academic whose book on the culture of the alt-right will be published at the end of next month, told the Guardian Furies campaign to reclaim his creation, while understandable, had been misguided.

I can see why he must be dismayed that his own creation is being used in this way, so I dont blame him for trying. In general though, I think its a dead end, yes.

One of the ways the alt-right resisted easy interpretation was through the kind of subcultural elitism and vague ironic in-jokey tone that Pepe represents well, she wrote.

Critics of the alt-right have a tendency to try to outdo them at their own game by trolling the trolls. This should be rejected in its entirety and not reclaimed in any way … There are many wonderful ideals for us to reclaim like beauty, utopianism, internationalism. Let them have their tedious nihilistic juvenile symbols.

Furie wrote in Time magazine last October that the experience of having his copyrighted creation appropriated as a hate symbol had been a nightmare.

Fantagraphics issued a statement denouncing the appropriation of the mellow, positive-vibed frog that he is in the hands of his creator, which had led to it being categorised as a hate symbol, causing Furie significant emotional and financial harm.

Having your creation appropriated without consent is never something an artist wants to suffer, but having it done in the service of such repellent hatred and thereby dragging your name into the conversation, as well makes it considerably more troubling.